Memorial Day, originally called Decoration Day, is a day of remembrance for those who have died in our nation's service. There are many stories as to its actual beginnings, with over two dozen cities and towns laying claim to being the birthplace of Memorial Day. There is also evidence that an organized women’s groups in the South were decorating graves before the end of the Civil War.  A hymn published in 1867, Kneel Where Our Loves are Sleeping by Nella L. Sweet carried the dedication To the Ladies of the South who are Decorating the Graves of the Confederate Dead (Source: Duke University’s Historic American Sheet Music, 1850-1920).

While Waterloo, N.Y. was officially declared the birthplace of Memorial Day by President Lyndon Johnson in May 1966, it’s difficult to prove conclusively the origins of the day. It is more likely that it had many separate beginnings; each of those towns and every planned or spontaneous gathering of people to honor the war dead in the 1860’s tapped into the general human need to honor our dead, each contributed honorably to the growing movement that culminated in General Logan giving his official proclamation in 1868.

It is not important who was the very first, what is important is that Memorial Day was established. Memorial Day is not about division. It is about reconciliation; it is about coming together to honor those who gave their all.

Memorial Day was officially proclaimed on 5 May 1868 by General John Logan, national commander of the Grand Army of the Republic, in his General Order No. 11, and was first observed on 30 May 1868, when flowers were placed on the graves of Union and Confederate soldiers at Arlington National Cemetery.

It is now celebrated in almost every State on the last Monday in May and was passed by Congress with the National Holiday Act of 1971 (P.L. 90 – 363) to ensure a three day weekend for Federal holidays), though several southern states have an additional separate day for honoring the Confederate war dead (January 19 in Texas; April 26 in Alabama, Florida, Georgia, and Mississippi; May 10 in South Carolina; and June 3/(Jefferson Davis’ birthday in Louisiana and Tennessee).

In 1915, inspired by the poem In Flanders Fields, Moina Michael replied with her own poem:

We cherish too, the Poppy red
That grows on fields where valor led,
It seems to signal to the skies
That blood of heroes never dies.


She then conceived of an idea to wear red poppies on Memorial Day in honor of those who died serving the nation during war. She was the first to wear one and sold poppies to her friends and co-workers with the money going to benefit servicemen in need.

Later a Madam Guerin from France was visiting the United States and learned of this new custom started by Ms. Michael and when she returned to France, made artificial red poppies to raise money for war orphaned children and widowed women. This tradition spread to other countries.

In 1921, the Franco-American Children’s League sold poppies nationally to benefit war orphans of France and Belgium. The League disbanded a year later, and Madam Guerin approached the VFW for help. Shortly before Memorial Day in 1922 the VFW became the first veterans’ organization to nationally sell poppies. Two years later their “Buddy Poppy" program was selling artificial poppies made by disabled veterans.

In 1948 the U.S. Post Office honored Ms. Michael for her role in founding the National Poppy Movement by issuing a red 3 cent postage stamp with her likeness on it.

Traditional observance of Memorial Day has diminished over the years. Many Americans nowadays have forgotten the meaning and traditions of Memorial Day. At many cemeteries, the graves of the fallen are increasingly ignored and neglected. Most people no longer remember the proper flag etiquette for the day. While there are towns and cities that still hold Memorial Day parades, many have not held a parade in decades. Some people think the day is for honoring any and all dead, not just those fallen in the service to our country.

There are a few notable exceptions:

To help re-educate and remind Americans of the true meaning of Memorial Day, the National Moment of Remembrance resolution was passed on December 2000 which asks that a 3 p.m. local time, for all Americans “To voluntarily and informally observe in their own way a moment of remembrance and respect, pausing from whatever they are doing for a moment of silence or listening to Taps."

The Moment of Remembrance is a step in the right direction to returning the meaning back to the day. What is needed is a full return to the original day of observance. Set aside one day out of the year for the nation to get together to remember, reflect and honor those who have given their all in service to their country.

What may be needed to return the solemn, and even sacred, spirit back to Memorial Day is for a return to its traditional day of observance. Many feel that when Congress made the day into a three-day weekend with the National Holiday Act of 1971, it made it all the easier for people to be distracted from the spirit and meaning of the day. As the VFW stated in its 2002 Memorial Day Address: “Changing the date merely created three-day weekends and has undermined the very meaning of the day. No doubt, this has contributed greatly to the general public’s nonchalant observance of Memorial Day."

On January 19, 1999, Senator Inouye introduced bill S189 to the Senate which proposes to restore the traditional day of observance of Memorial Day back to May 30th instead of “the last Monday in May.” On April 19, 1999, Representative Gibbons introduced the bill to the House (H.R. 1474). The bills were referred to the Committee on the Judiciary and the Committee on Government Reform.

To date, there has been no further developments on the bill.

Shelly's comments: Please read and pass along this History of Memorial Day and take time to remember those who gave everything so we could be free.

As part of this history of Memorial Day, please remember to support and pray for our military and allies by Supporting the Troops past and present on Memorial Day and every day thereafter.

Links to Other Holiday Information 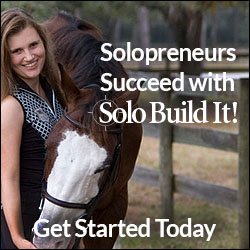 Return to top of History of Memorial Day